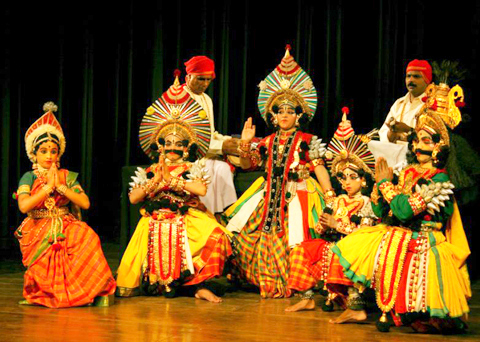 Yakshagana, rich folk dance drama is an unsurpassed way of exhibiting the themes
taken from the Epics, especially Mahabharata.
It has been the vehicle of Arts, Culture and Didactic instruction in the rural areas.
Yakshagana means a particular style of music,
with characteristics of its own,
distinct from the other two systems of Indian music, Hindustani and Karnataki.

Bhagavata is a popular name for the man who conducts the play and remains its life force. 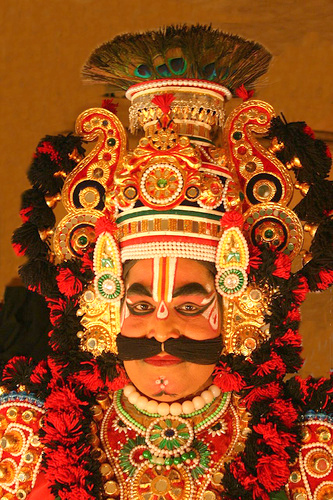 The stage is called Rangasthala.
The play begins with a prologue called Sabhalakshana.
Two types of drums used are Chende & Maddala .

The make – up is put on in the Green Room or Chauki.
Chauki is a temporary enclosure made of Palm Fringed Mat.
One corner of the Chauki, is set apart for the installation of their deity Lord Ganesha. 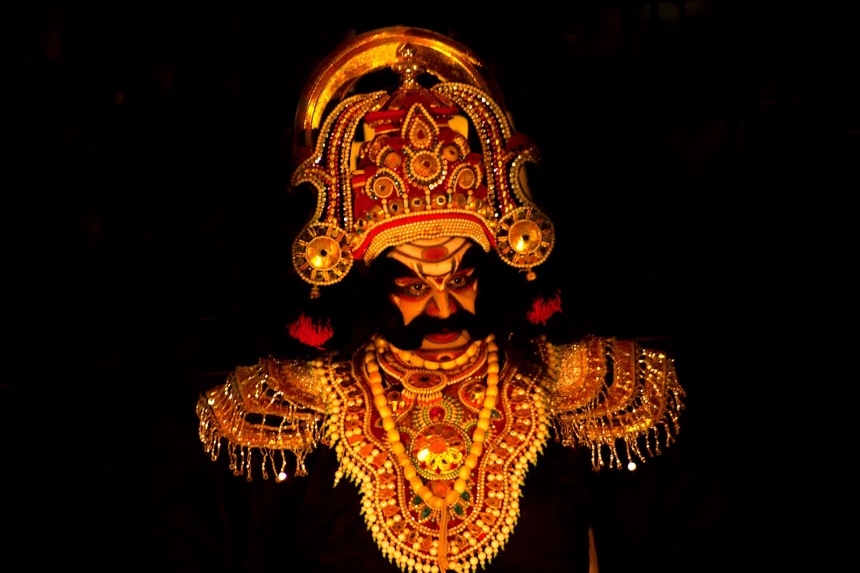 Kavacha that decorates chest,
Buja Keerthi (armlets) that decorate shoulders,
and
belts (Dabu) all made up of light wood and covered with golden foil. 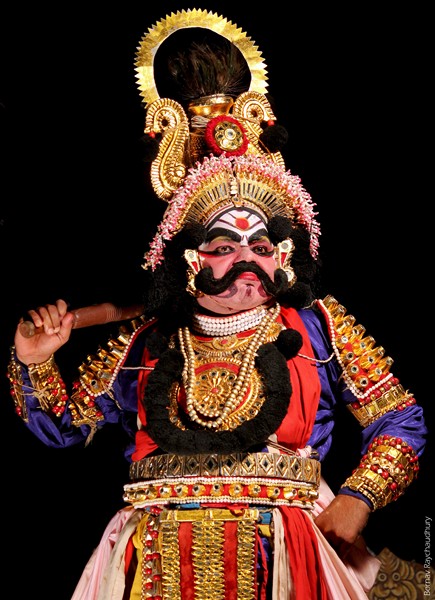 Mirror works on these ornaments helps to reflect light during show and
adds more color to costumes.
These ornaments are worn on a vest and covers upper half of the body.
Lower half is covered with Kachche that comes in a unique combination of
red, yellow and orange checks.

Yakshagana performance begins at the twilight hours with the beating of several
fixed compositions on drums called abbara or peetike for up to an hour before
the actors get on the stage.

Do visit the website of
Yakshagana Kendra
if you are interested in taking the training for this
folk dance drama.