With the title only, I don’t need to explain more about this post.

The great Mahatta & Co. doesn’t need any introduction in New Delhi. Their landmark store in Connaught Place is must go for all the photography lovers.

Last month, on my holiday to Kashmir and Gulmarg, I coincidentally ended up to their Store-Cafe-Museum in Srinagar. While the struggle for freedom was still gaining momentum in India, in 1912, Amar Nath Mehta, a 14-year-old from Gurdaspur in undivided Punjab, fled his home and landed in the hills of Dalhousie. Keen to learn, the unlettered boy began to experiment with the Rolleiflex camera, primarily guided by the British. He knew the profession could not pay much in the cantonment hill, but in Srinagar – with pristine mountainscapes and flocked by several tourists – it could possibly be a profitable trade.

So in 1915, he packed his bags once again, this time for the Valley, where Mahatta & Co began operations on a houseboat in Srinagar. Another store was set up in the posh Bund area, followed by branches in Rawalpindi and Sialkot. By the time Mehta migrated to Delhi to escape the chaos of Partition, the brand was already well-established and popular. It went on to become one of India’s longest-surviving photography studios and completed a century in 2015.

We entered the cafe on the ground floor and that was it. The cafe has beautiful frame of black and white photographs of Srinagar all over. On the first floor, they have the archive shop where the gentleman was working on creating a museum of all the old cameras and photographs taken by the Mahatta family outside and in their studio. 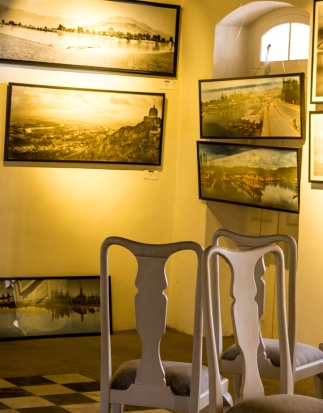 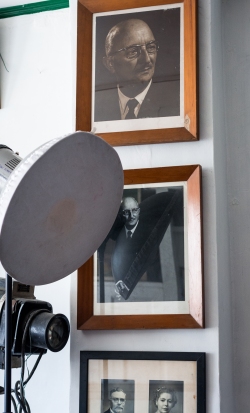 Amar Nath Mehta (founder of Mahatta Studios) was a very proud man and did not like the British mispronouncing his last name. To avoid that, he named his shop Mahatta and not Mehta, so that it could sit properly on their lips.

It was mesmerizing to witness how they have restored the oldest cameras and photographs. One of the wall, has just the postcard size photographs which was just amazing.
The studio has the nostalgic feeling and smell of film which is beautiful in itself. 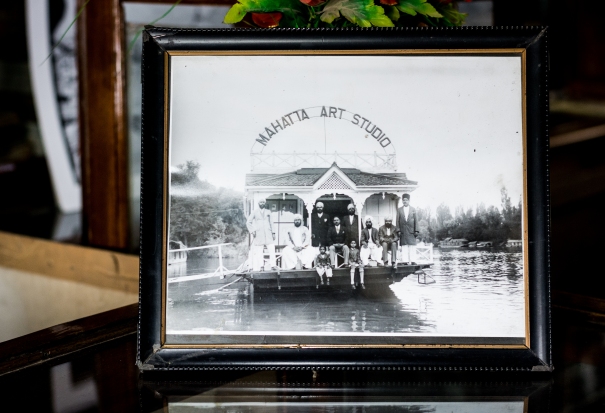 It was not enough, there was another floor where they had put up an exhibition of photographs by Mahattas.

This entire property just doesn’t end here. Mahattas are running a tea room as well in the same complex, named , Chai Jaai.
It’s the cultural hub and different activities from clay modelling to Art.
We wanted to have our evening break there, but unfortunately it was closed that day.

If you ever visit Srinagar, do not miss visiting the
Mahatta & Co | Art Cafe and Photography
The Bund Road, Munshi Bagh
Dhanibuoy building, Srinagar
Jammu and Kashmir -190001

You can read some interesting articles here about Mahatta & Co:
–Live Mint